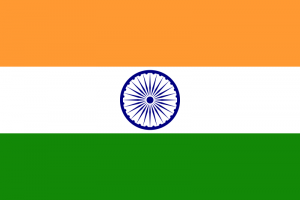 India’s projected growth is staggering, rivaled only by the need to supply power for that population. At this point in the country’s history, the government is looking to ramp up industrialization for a more prosperous economy. If the scenario is adjusted for high growth, projections say that India’s demand for energy will increase by a minimum of 7% year over year. That demand will require completely rethinking the entire power grid for the country.

One of the biggest challenges the country faces right now, according to Bridge to India, is the unmet power demand. Consumers who are on the grid frequently face power cuts necessary to keep the grid thriving as a whole, and these can last for several hours each day. It’s estimated that there will need to be at least a 20% improvement in power generation, something that isn’t possible under fossil fuels alone.

According to Dev Randhawa of Fission Uranium, it’s not just the all encompassing need for power: “You’ve got countries like Saudi Arabia and [the] Middle East that are building reactors, because they’ve realized that it’s not only clean energy, it’s baseload.” That baseload represents all the energy consumed in the surge that occurs when we come home and flip on our televisions, or our computers.

Randhawa suggests the future power grids in nations like India will use multiple forms of energy to supply power, with nuclear supplying that all important baseload. Why? Nuclear can handle the surge better than fossil fuels, and nuclear reactors can be cooled with sea water. That helps to save fresh water resources, which are rapidly dwindling in developing nations.