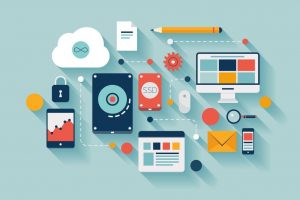 There are a plethora of issues many people would consider divisive, such as gun control, abortion, and capital punishment. Government intervention in education is another topic that may be considered divisive, yet it receives less attention than other “hot-button” issues. However, it proved critical in the 2021 Virginia gubernatorial election as candidates Terry McAuliffe and Glenn Youngkin competed for the gubernatorial seat.

Former governor McAuliffe was headed towards a victory when he stated, “I don’t think parents should be telling schools what they should teach,” at a gubernatorial debate. In contrast, Youngkin, his opponent, expressed a “pro-parent” stance toward government regulation of education. Because of this issue, many voters changed their stances, electing Youngkin as governor of Virginia.

The issue of government intervention in the classroom has become a turning point for independent and Republican voters, as political survey company and survey data collector John Zogby Strategies observed. More conservative and independent voters have become sympathetic to a pro-parent platform in this area.

However, voter opinions on this matter are more diverse than they might seem at first glance. A poll conducted by John Zogby Strategies found that both liberals (41%) and conservatives (57%) believed the government exerted too much control over the classroom. Other demographics that expressed this view included women (49%) and parents of young children (49%).

People’s views on this issue may not be black-and-white, so it is important for politicians to thoroughly research their audience and target demographics to design the appropriate political platform and messaging that will appeal to the right voters.