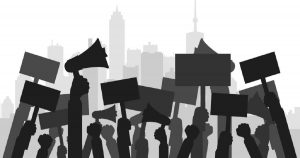 Political survey company and focus group research provider John Zogby Strategies recently found a “supermajority” of American citizens agree on certain issues, regardless of their political affiliation. After surveying a wide number of individuals with different political ideologies, John Zogby Strategies found that 83% of respondents agreed that members of Congress, federal bureaucrats, and senators should have term limits. Furthermore, 87% of respondents desired a ban on corporate PAC contributions to elections and campaigns. More unexpectedly, 78% of respondents expressed support for requiring high-level federal bureaucrats to wear body cams during work, similar to police officers in California and across the country.

In a polarized country, it is remarkable that distrust for the government and corporate interference in politics is what unites people of different backgrounds and political affiliations. Dissatisfaction with dishonesty, incompetence, and the status quo in politics appears to be something that most people raise no objection to. The measurable influence of corporations in American politics also provokes disapproval from many. Instead of political power being granted by the people, it is often affected by whoever controls the money.

People on all sides of the political spectrum share a desire for trustworthy and effective leaders who hold up their promises and act with the nation’s best interests in mind. Though people may have different views on policies a leader should enact, citizens should be united in a desire to elect leaders with integrity and a desire to help. At the end of the day, these reforms are about keeping those in power accountable to the people, which is a principle inherent to the American political process.